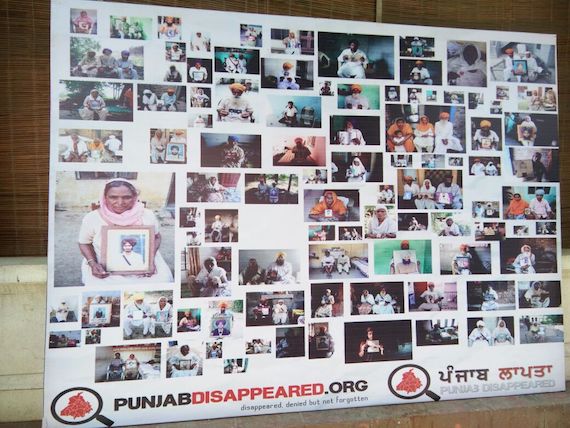 The Punjab Documentation and Advocacy Project (PDAP) in collaboration with Human Rights Law Network and other bodies a two-day Independent People’s Tribunal (IPT) on the issues of enforced disappearances, fake encounters and two decades of the denial of justice and accountability in Punjab.

Source: Disappeared, Denied but not Forgotten: Independent People’s Tribunal hears to testimonies of kins of Victims of Enforced Disappearances in Punjab

Before the January 25 revolution in Egypt that led to the Arab Spring, it was the Kashmiris who used social media to mobilise and organise protests in 2008 and extensively in 2010. With 60 per cent of the population under the age of 30, the discourse is led by opinion leaders on various social media platforms and not by the newspapers.

Kashmiris have used the technology as a tool to define their movement for independence. Rather than waiting for journalists to make a story, they are taking a phone and making a story on their own. A phenomenon that has not only created awareness on Kashmir globally, but given local voices an international platform.

Source: How Kashmiris are using phone cameras to tell the world of atrocities by security forces 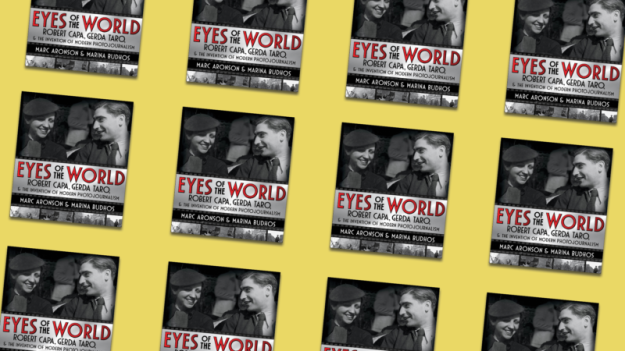 Capa and Taro traveled and worked as equals, their visions so aligned that they sometimes took the same shot. Though Taro often worked in Capa’s shadow, she cast a shadow of her own, and made a name for herself independent of her partner’s. Of the two, Capa always had the bigger name and more unmistakable eye; his maxim, “If your pictures aren’t good enough, you’re not close enough,” has guided many a photographer who followed him. For his iconic images—among them, The Fallen Soldier, picturing a soldier in the instant of death, his body accepting a bullet—the British magazine Picture Post anointed Capa “the greatest war photographer in the world” at the green age of twenty-five. But though his partnership with Taro was central to Capa’s work, she is often treated as little more than a footnote to his biography.In Eyes of the World, just released from Henry Holt, authors Marina Budhos and Marc Aronson seek to right this imbalance.

Indian authorities call the shotgun shells filled with hundreds of small metal pellets a “non-lethal” weapon for crowd control, but that does not make them harmless. They’ve inflicted a permanent toll on hundreds of Kashmiris hit by them.Their faces are scarred. Their eyes are damaged or simply gone, replaced with prosthetics. And their psychological wounds run deeper still.”What I miss most is being able to read the holy Quran,” says Firdous Ahmad Dar, 25, a Kashmiri man who lost vision in both eyes after being shot with the pellets during an anti-India protest in the troubled Himalayan region.